WE LICKLE BUT WE TALLAWAH! – SCIENCE FICTION/FANTASY WRITERS OF THE CARIBBEAN 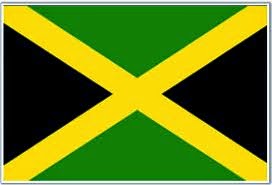 Ek’abo Ebi! (Welcome Family!)
As a Yardie, it is only right that I acknowledge Jamaica’s 52nd year of independence from British colonial rule (August 6, 2014).  In addition, August 1st marked 176 years since Jamaica was emancipated from slavery. (Though it came with certain conditions. But that’s not something I intend to address today).

As Jamaicans all over prepare to celebrate these important dates in our history, it occurred to me that though we have many powerhouse authors who originate from the Caribbean, I have not heard of many authors (from Jamaica in particular) who have written books influenced by the genres of science fiction and fantasy. I decided to do a little digging to see what I could find out.
I only came across three authors from the Caribbean who write in those genres. Only one of them is from Jamaica.
Nalo Hopkinson
–   Jamaican science fiction and fantasy writer.
–   Author of novels such as Skin Folk, The Salt Roads and The New Moon’s Arms, works of short fiction and anthologies.
–   Recipient of many awards including the World Fantasy Award (2003), Sunburst Award for Canadian Literature of the Fantastic (2003, 2008), nomination for the Nebula Award (2007) and the Prix Aurora Award (2008) [Canada’s reader-voted award for science fiction and fantasy].
Tobias S. Buckell
–     Grenadian science fiction writer.
–     Author of novels such as Crystal Rain, Ragamuffin, Sly Mongoose, and Halo:The Cole Protocol (on the NY Times Best Seller list in 2008).  Wrote numerous pieces for magazines, anthologies and contributed to a short story collection for Halo in 2009.
–     Nominated for the Nebula Award in 2007.
Karen Lord
–     Barbadian writer of speculative fiction.
–     Author of Redemption in Indigo, The Best of All Possible Worlds
–     Received the Frank Collymore Literary Endowment Award for Best Unpublished Manuscript (2008), Carl Brandon Society Parallax Award (2010), Crawford Award and Mythopoeic Award (2011), World Fantasy Award (2011) and Kitschies Golden Tentacle Award (2012).
It is hard to believe that this list is so small. With all the stories I heard growing up or books I’ve read where Anansi the spider caused trouble, or duppies (ghosts) roamed the Earth, or conjurers of Obeah (dark witchcraft) afflicted the unwary, and even a talking tiger stirred up and seasoned his pot of soup J you would think there would be more stories of the incredible.
Perhaps one day, I may be able to add my contribution to this short list. (My story Grand Design is based in Jamaica).  In the meanwhile, I extend this challenge to you.  If you are an author of Caribbean descent and you find the genres of science fiction and fantasy of interest, try your hand at it and see what develops.  “We Lickle But We Tallawah” There may not be that many of us, but we always have alot to say!  See this as another way to increase the diversity we so desperately need in books.  Who knows you may become the next Nebula or Hugo Award nominee!
Thanks for coming through Ebi and Happy Independence Day to all my JA massive!
***
For all of you who have been visiting my blog each week, I greatly appreciate it.  I hope that you’ll continue to do so.  But I would really love to see more of your comments. Whether it is today’s post or entries in the past.  Tell me what you think of the direction I’ve taken so far or any thoughts or suggestions you may have J
It has come to my attention that some of my readers have been unable to comment as they do not have google accounts.  If you would like to comment, I welcome you to e-mail me directly at amachi.is.hope@gmail.com.
Mari e laipe!
See you soon!
S-