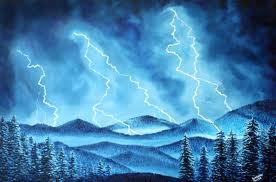 The story of Oruncontinues…
Ayotunde was confused by what she just heard.
Temitope shook her head in denial.
Folami clutched her hands together.  The anger that churned within her was trying to claw its way out.  She no longer questioned the emotions she experienced.
“I do not understand.” murmured Temitope.  “You promised that we would return home once we accomplished this latest task.” said Ayotunde.  Folami stayed silent.
Noting Temitope and Ayotunde’s distress and Folami’s uncharacteristic silence, Olodumare responded.  “My sisters, I apologize for breaking my promise to you, but your work here is not yet done.” “Not done?” Folami finally answered with an angry whisper.  “It has been 100 years since you sent us here; longer than we’ve ever spent with any tribe.  One hundred years since we’ve brought the Ina and awọn dudu together.  One hundred years of the love, admiration and respect that you so richlydeserve from your people.” Folami continued sarcastically. “Tell me Father, what is left to be done?  We have been away for so long that we no longer know our true selves!”
Ignoring the tone in Folami’s voice, the high god, started again.  “Sisters, I have seen the future.  A calamity awaits the Ina and awọn dudu.  One that you may be able to save them from, should you all stay on your path.” The high god looked them all in the eyes, but his sight rested upon Folami the longest. If anger was a tangible thing she would have held it in her hands.
Olodumare was taken aback by the change in them.  So much emotion should not come from goddesses and yet he felt despair, loneliness and bitterness; very human feelings indeed.  If there was another way, the high god would have made a different choice.  Perhaps send others to continue in their stead.  But it was too late to place others in their place.  A decision he would later regret.
“All your work will soon be in jeopardy.  The Ina and awọn dudu will stray and so will one of you.” He whispered. “But this future has not been set sisters.  You have it within your power to adjust this course.  I ask that you return to Aye and fight to change this future. Or not only will you fail your people, but fail yourselves as well.”
Resignedly, Temitope answered.  “High God.  It is obvious that we have lost the option of choice as well as our freedom.  What once was duty now feels like a prison.”  “Tell us father,” continued Ayotunde, “How much longer are we expected to stay here?”
With a conscience rarely seen, the high god looked upon them with sadness, “Until the broken has been fixed, the wrong has been righted, and the dark is brought into the light.”
“That will be forever!” yelled Folami just as they found themselves back on Aye. At the top of Mount Ase, the sisters, Temitope and Ayotunde held each other tight. Tears trickled down their eyes.  They may never see their loved ones again.  Folami marched away.  They did not bother to call her back.  They watched as her temper began seething and rolling above her head like clouds during the darkest of thunderstorms.

They watched as lightening hit the ground by her feet, blackening the soil before them.  Huge rain drops fell to the Earth dousing the forest floor in seconds.  The sisters did not fear her wrath for they too shared in her pain.
Folami raged for a long time before she thought of the destruction she had unleashed upon the land.  Filled with guilt and remorse, Folami reeled in her anger and the storm. Looking upon her sisters, she reached for their hands and spoke. “Let us begin.”
***
For all of you who have been visiting my blog each week, I greatly appreciate it.  I hope that you’ll continue to do so.  But I would really love to see more of your comments. Whether it is today’s post or entries in the past.  Tell me what you think of the direction I’ve taken so far or any thoughts or suggestions you may have J
Mari e laipe!
See you soon!
S-